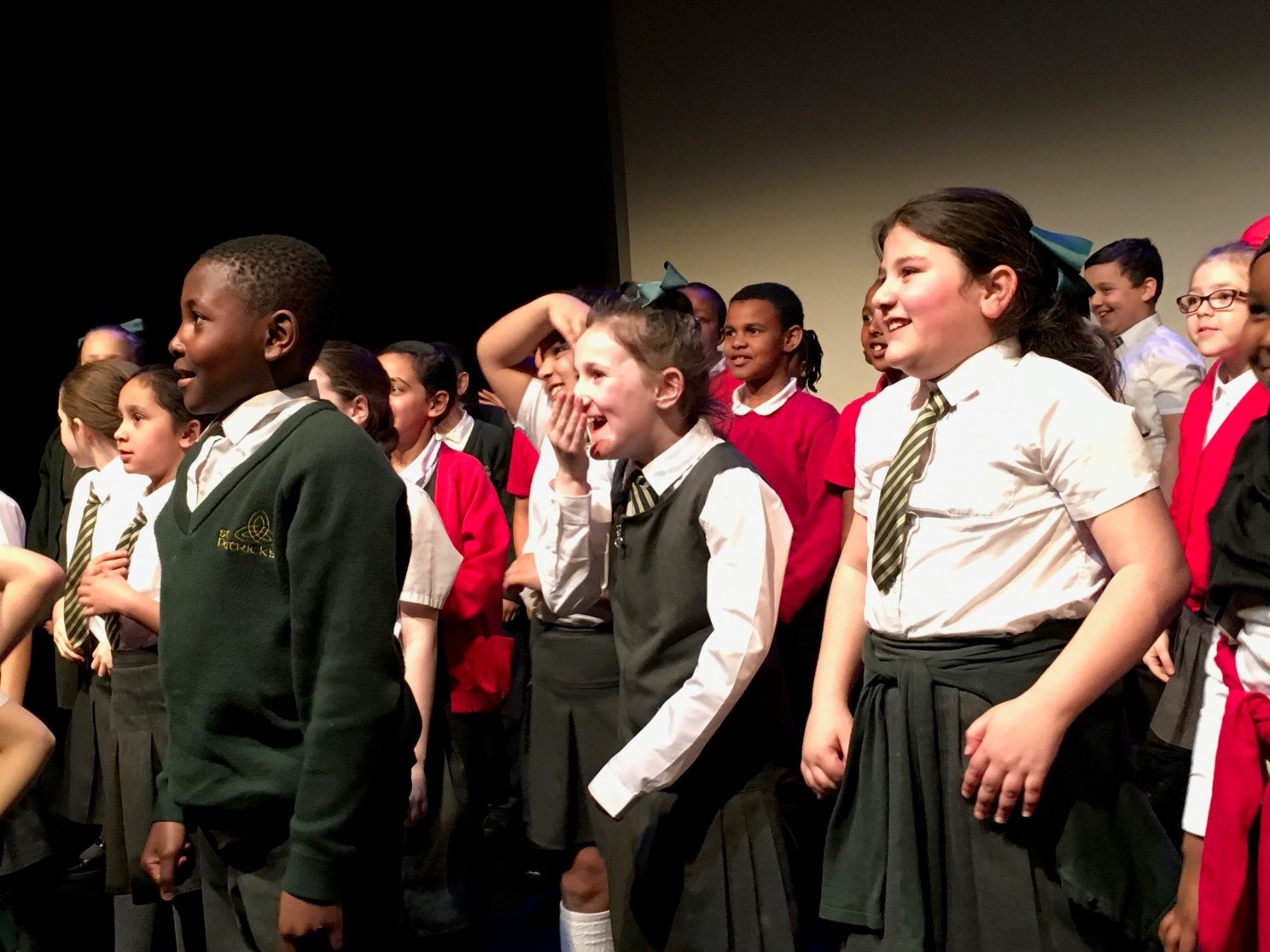 Windsor and St. Patrick’s Primary schools are within the same neighbourhood as the Unity Theatre. The partnership with Year 5 teachers and support staff aimed to:

Three arts practitioners, Carl Cockram, Holly Langley and Joe Shipman were recruited by Unity Theatre to respond to, design and deliver activity with staff at each school. These ranged from group games and drama and performance exercises, including tableaux, soundscapes, role play and singing; to visual storytelling and art, including story boards, mask making and bead making.

I now use the actions from the ‘punctuation’ game to help the children memorise all of the grammatical features that they need to include in their English writing! I will also be allowing even more opportunity for drama within my English and History lessons as well.

Pupils also came to see Unity’s Christmas show, The Jungle Book and contributed their artwork to the front of house display in the venue, which continued the chosen theme of the rainforest. Subsequently, one of the members of the cast became part of the practitioner/artist team delivering sessions. CPD sessions involved class teachers and assistants from each school, who also took an active role during all of the sessions that took place. Head teachers were involved in the planning and evaluation of the overall project.

The project also benefited from technical support from Unity Theatre’s team, with hands on help for the use theatrical lighting and projections in the theatre.

Najwa, who is a new starter at Windsor with EAL, was initially reluctant to participate in the ‘Splat!’ and ‘Punctuation’ games. However, the more games that she played and the more encouragement she got from Unity and school staff, the more she grew in confidence and the more she participated. I felt confidence was a huge barrier for most of the class but through the work they have produced, they seem to have built that up lesson by lesson.